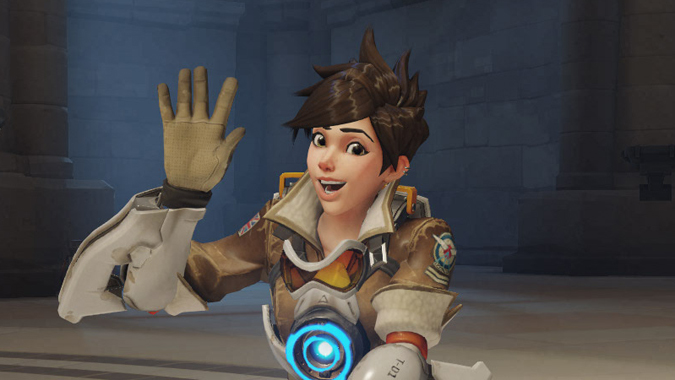 I want to start by apologizing to our millions of fans around the world (here’s looking at you Dark Winter Project) for the lack of content over the past month. Legion Radio Network had to take a rather annoying hiatus thanks to, among other things,  that cruel mistress known as life.

Life that catchall term for the random bullshit that gets in the way of doing the fun stuff has gotten the better of  the Legion Radio Network lately. That being said sometimes life gets in your way in exciting ways. DesertFrost and DesertFire will be more or less unable to participate in the Legion Radio Network for the next 6-8 weeks as they prepare to come back home. Awesome! DesertCrypt is a newly wed and…. and has a cat? I don’t know what his excuse is. I guess growing a mean beard is a lot more work than I thought. God knows I can’t grow one. And as for me life has decided to bless me and my wife with our second child which is freakin’ amazing but getting ready for her to come is time consuming.

As a kid and young adult I could play video games all day. Now married with 1 child and another on the way working a full time job while also serving in the Army National Guard it is a pain in the ass to find time to get any gaming done. I do. Much to the chagrin of my beautiful wife I lose way too much sleep in order to get some time on the controller. Times are hard for the gamer in me.

So there you have it, our best excuses for why we have not talked about the flaming ship wreck that The Division has become and all the other big gaming news. I personally think Ubisoft Massive will be able to correct course and turn The Division back into the post apocalyptic fun land that it once was. You can hear our brief discussion on this topic on our upcoming episode 4 of the Legion Radio Podcast.

Speaking of flaming ship wrecks is it too early to start fearing for Nintendo’s future? They recently announced that they will be releasing their next home entertainment system next Spring and yet their E3 event will only feature Zelda…. for the Wii U. Come ON! I absolutely love Zelda but with everything else happening in the gaming world you cannot pin the next year of your company’s future on a single game.

From disappointment there is a shinning light in the world. Actually there are a lot of them. The biggest expansion yet to Fallout 4, Far Harbor,  will come out later this month. Overwatch’s open Beta started yesterday and let me say it is a blast. and finally the Battlefield 5 announcement is tomorrow!

Obviously we have a lot to discuss coming up and we are happy to get back into it. While DesertFire and DesertFrost are away from the mic we will have some guest fill in. So thank you if you’ve listened to us before and wondered where we went and welcome if this is your first time hearing about us. As always….

In our very first Podcast, we introduce ourselves and dive into our first impressions of The Division. Note we are aware of the massive patch implemented by Ubisoft, and the drastic changes specifically to the Dark Zone. We will have a breakdown of the changes and also have a review of the upcoming patches and expansions for The Division. Enjoy!

No that does not necessarily mean I know every detail about their development, the inner workings, the back stories, the credentials, or even who makes them, but I still like video games. Some say that video games are an escape from day to day life. For the people who can’t handle reality. Those people fail to understand that sometimes virtual reality is harder than you might think. Yes, you are able to enjoy fully interactive alternate worlds, such as a plague ridden, nihilistic, and by every definition, scorched Manhattan, NY. Within this world are some of the most vile and twisted criminals you’ll ever see, and then you are tasked to rout out and destroy them. Yes, you are given the task of bringing NYC back to it’s full beauty and prominence as one of the greatest cities in the world, but what’s so great(stressful) about that right?

Honestly, the aspects of a video game that get me going are the visuals. When a game, such as The Division, offers detailed lighting, shadow rendering, weather changes, and day to day 24-hour cycles of climate, it gets my attention, and my praise. Not to mention the real-to-life New York City mapping and creation!

So, in The Division’s case, it is almost as if we are able to escape to a real-to-life scenario, in a real place, minus all the nihilistic murderers, rioters, plague, freezing temperatures, and also face melting tactical urban warfare. Although in reality, who the hell doesn’t want to be an SHD Agent?

In a nutshell what I am trying to say here is that if you are looking for a cultured conversation about video games, or a passionate detailed breakdown of what graphics engine Ubisoft used (Massive*) to create such a once in a lifetime video game, I am not your guy. But if you’re like me, with your jaw dropped to the floor from the absolute brilliance of this game, then please, by all means join me. Once we awaken from our initial shock, together we will remember that this is just the beginning…

For your enjoyment, and for my point to really hit a home run, I have included below a comparison video between The Division and the Real Thing. Youtube creator showshowshowshow created a six and a half minute video that compares shots of New York against the post-pandemic version that can be found in The Division. This is only from the Beta!